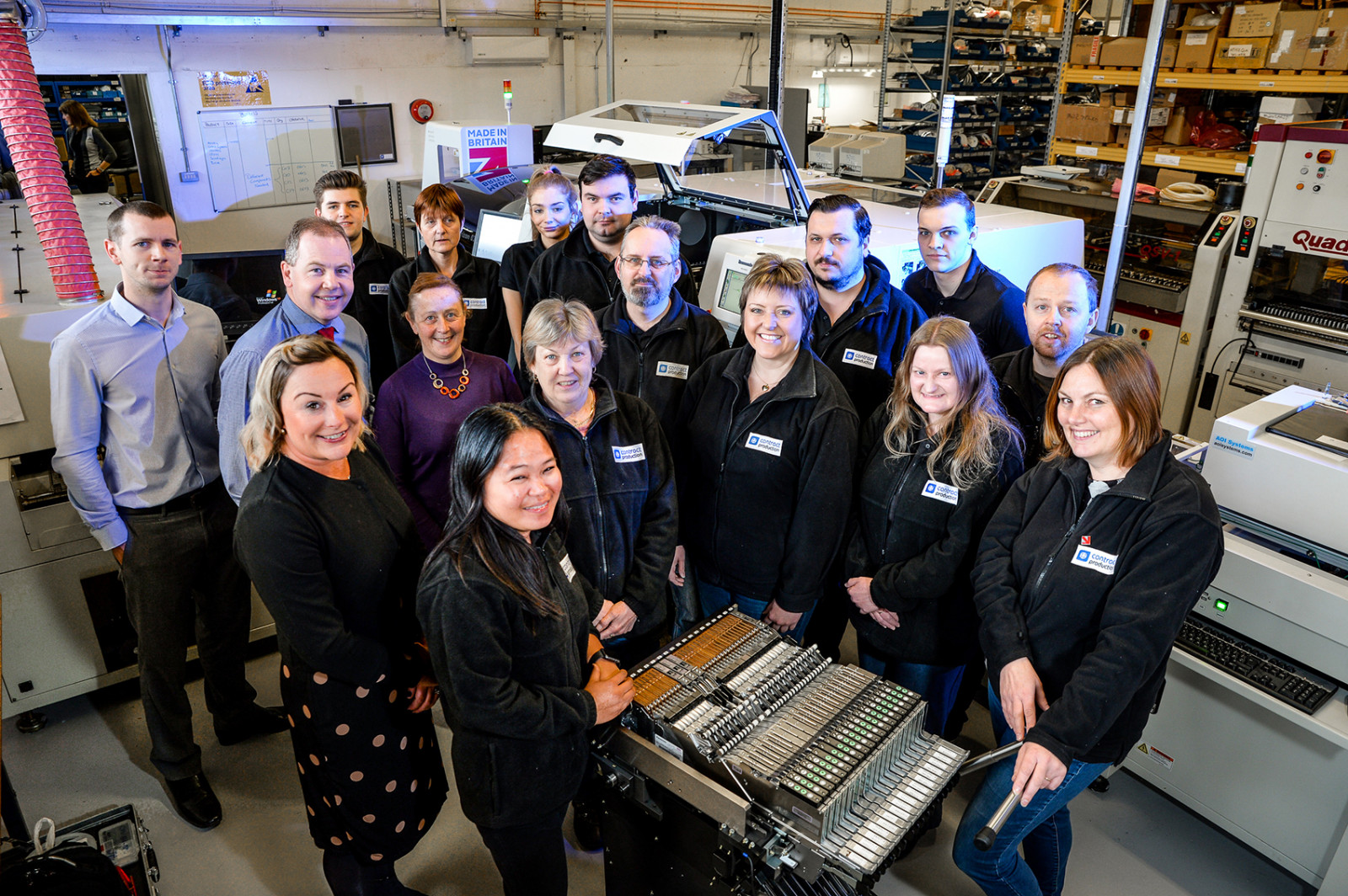 Yorkshire-based Contract Production Ltd has acquired its current head office and production facilities in Pickering, expanding into a third adjoining unit as part of its ongoing
expansion programme.

CPL shareholders have purchased 9,600 sq ft, spread across three adjoining units on the Thornton Road Industrial estate, investing more than £500,000 in the acquisition and
modernisation programme. CPL had been leasing two of the units for the last 10 years but took the opportunity to buy both, along with a third space, that had stood empty since 2017. This has enabled the firm that produces a range of sub-contract electronic products and printed circuit boards assemblies to almost double its current work space.

CPL Managing Director Simon Norris said he is delighted they have finally signed and secured the additional space to allow for the company’s expansion plans. He said: “The
additional empty unit is basically a shell so we are starting with a blank space which gives us plenty of options; it’s a very exciting time for the company and the staff who will have a big say in how we can best utilise the new areas.”

“The space may well be used to create a dedicated area for our automated production line to expand into, and grow our component stores and warehousing, as well as provide
much-needed admin space and meeting rooms.”

Outside the premises, the new CPL footprint also allows a further 10 parking spaces for staff and visitors.

The latest expansion plans have been fuelled by a significant six figure investment last year in the firm’s production lines that have led to a 30% like-for-like increase in CPL’s
turnover in the last 12 months alone.

Simon added: “I am very confident we will continue to grow as we make the most of the extra space and, as a result, add to the current 22-strong workforce we have in Pickering.”

Contract Production manufactures a range of sub-contract electronic products and printed circuit board assemblies for a wide variety of industries. This can be one-off prototypes, going up to volumes in their 10,000’s. Last year’s investment resulted in the installation of the AM100 Panasonic Pick and Place line enabling the company to increase its output by up to 400%.

The new CPL production line populates printed circuit boards and can place up to 30,000 components per hour – another key advantage that allowed the business to compete for the larger contracts.

As well as the larger orders Contract Production also produces one-off prototypes or low rate production runs for clients - often hand-placed - for new products yet to go to market. These can be anything that requires circuit boards, from GPS tracking devices to wind turbines, cameras to measuring instrumentation for deep sea oil drilling rigs.

The Contract Production website can be found at: http://contract-production.co.uk

Welcome to our microsite, please tell us your name, company and email to chat with a member of the team.